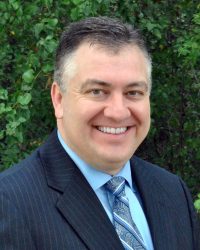 Pastor Johnson trusted Christ as his Savior on October 18, 1981 as a thirteen year old boy in a chapel service of his Christian high school. He was called by God to preach His Word at the age of fifteen while attending a summer teen camp. He graduated from Bible college in 1990 and has been in the full time ministry ever since. He is married to his high school sweetheart, Mrs. Terri Johnson. The Johnsons are blessed to have two sons and daughters-in-law: Cole and Kelsea, and Jesse and Rachel. The Johnsons have a much beloved dog named Hank. The passion of Pastor Johnson’s heart, as well as Grace Baptist Church, is world missions, Bible exposition, the institution of the home and Christian education. Oh yeah…he also loves LSU football and Rottweilers! 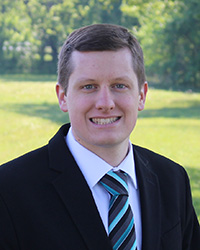 Michael was born and raised in Lewisville, Texas, and he grew up faithfully attending Grace Baptist Church. Having been reared in a conservative Christian home, his father and brother led him to receive Christ as his Savior when he was only five years old. He was homeschooled for the first few years of his education, and then he attended Grace Christian Academy until he graduated high school in 2010.

In the fall of 2011, he attended Heartland Baptist Bible College in Oklahoma City, Oklahoma, where he fully realized God’s call upon his life, and he surrendered to preach in 2012 at the age of 20. He graduated in 2015 with his bachelor’s degree in Pastoral Theology, and he graduated again in 2017 with a Master of Ministry degree. It was at college that Michael met the love of his life, Kelsi, and they were married on December 16, 2017. The Lord blessed them with their son Andrew on their second anniversary in 2019.

May 2017 was the most life-changing month of his life. He graduated with his master’s degree, got engaged, got ordained by Grace Baptist Church, and got hired by the same. He has been on staff since June of 2017, and he is living proof that God can make your dreams come true. Needless to say, he loves what he does, and does what he loves. 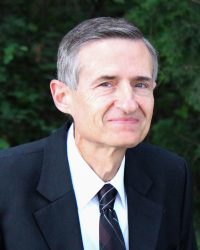 Jim met his wife Viki in 1976 soon after she moved to New Jersey from Miami, Florida.  They were married in November, 1977, and together raised seven children.  Their children have all married, and Jim and Viki have 25 grandchildren so far.

Jim has served as principal and teacher in three Christian schools since 1976.  He was ordained  to the Gospel ministry in 1980 on the same day that Evangelist John R. Rice graduated to Heaven.  He has been an assistant pastor since then, serving in various ministries including Sunday School, children’s church, soul-winning visitation, bus captain, and choir director.  While working at Landmark Baptist Church in Downingtown, Pennsylvania, he received an honorary doctorate from Northeast Baptist School of Theology.

In 2008, Jim and Viki were called to foreign missions.  They served as members of a missions team to Thailand for five years.  There they helped the team to plant two thriving churches and saw thousands come to Christ.  Jim and Viki returned to the United States in August, 2013.  They settled in north Texas and began attending Grace.  Jim was invited to be part of the ministry staff in February, 2014. 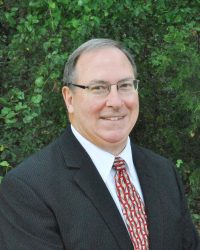 My wife, Kim (Wilhoite), and I have been married thirty-seven years and we have a daughter, Shannon, and a son, Ryan. Shannon graduated from Crown College of the Bible in Powell, Tennessee, with a degree in Deaf Missions. Shannon and her husband Daniel Hill were married on June 21, 2014. The couple is residing in Tennessee with their five children. Ryan moved back to Flower Mound after attending Master’s Baptist College in Fargo, North Dakota. Ryan and his wife, Barbara O’Leary, now reside in Flower Mound with their two children.

God has been faithful to provide my every need. My life verses are Proverbs 3:5-6, “Trust in the LORD with all thine heart; and lean not unto thine own understanding. In all thy ways acknowledge him, and he shall direct thy paths.”